Tackling the fortresses along the Alsace Wine Route 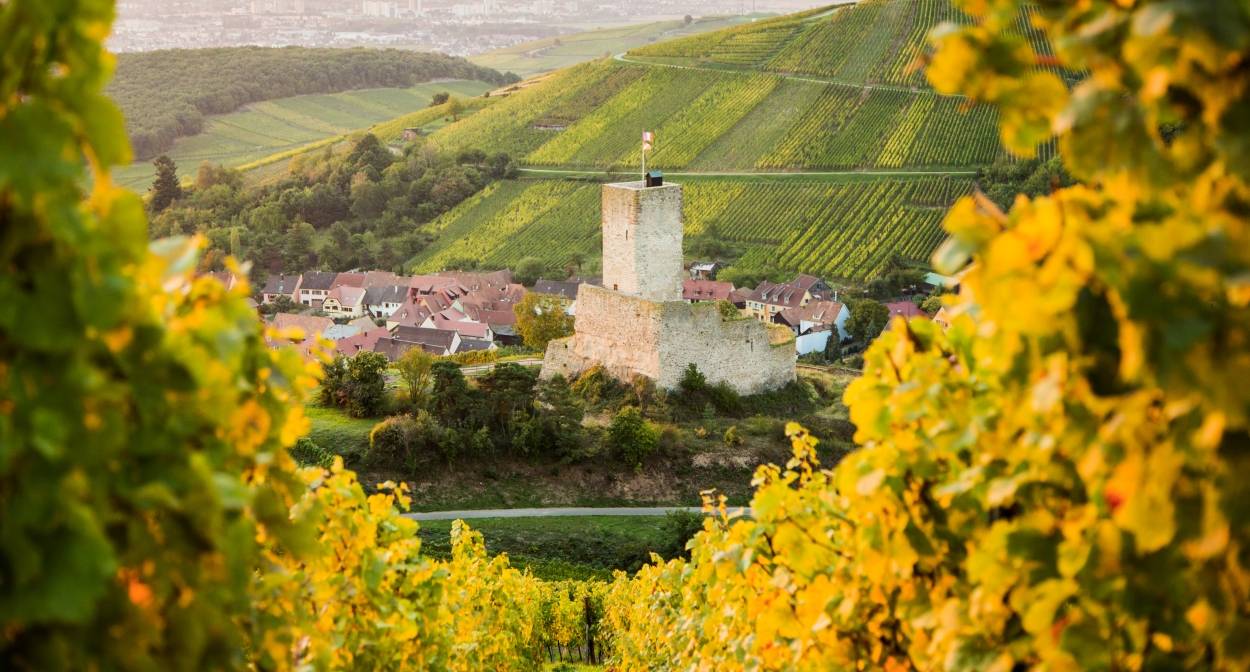 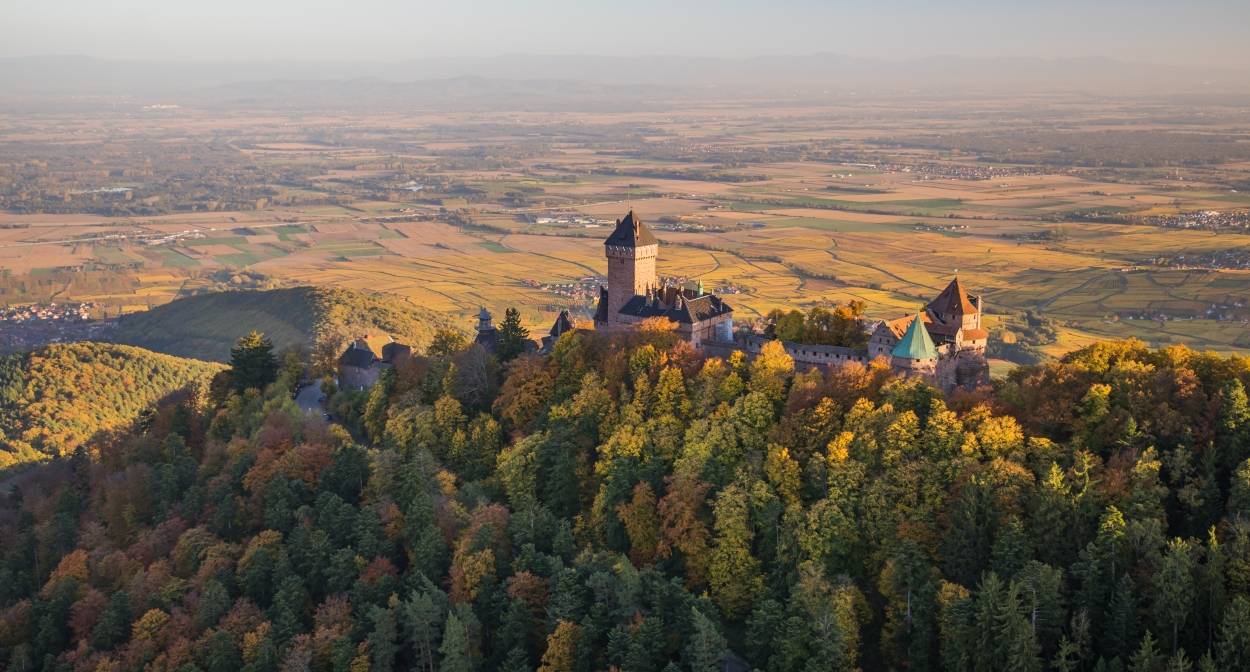 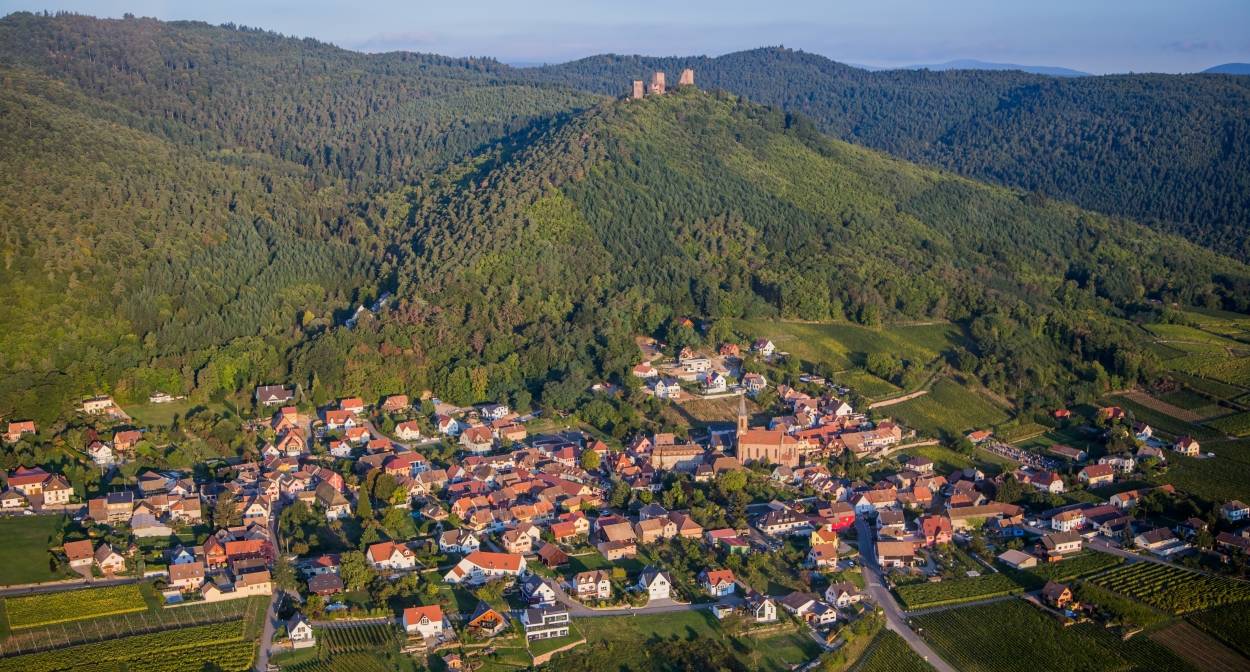 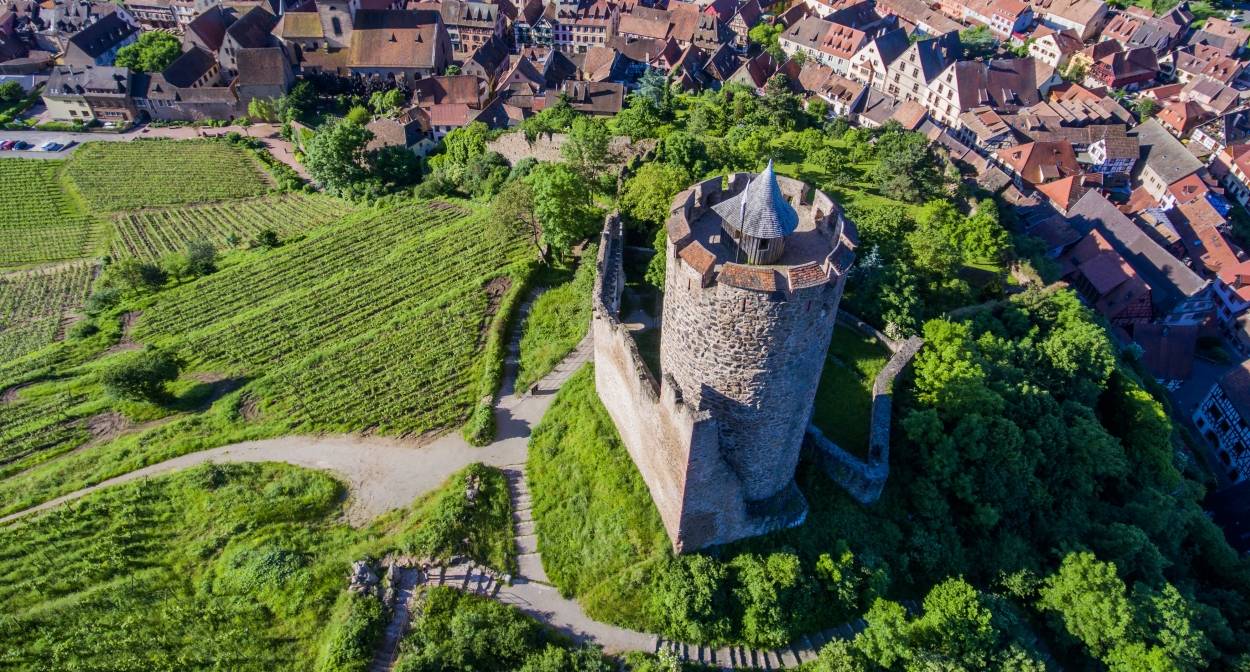 From northern to southern Alsace, the Alsace Castle Route passes through 450 km of vineyard landscapes dotted with magnificent fortresses. Set off to conquer these stone sentinels and get up close to nature.

Like the Alsace Wine Route and the Crête des Vosges Route, this hiking route highlights the region's medieval heritage and offers breathtaking views of the wine region itself. Over 80 castles, with their impressive silhouettes, can be found along the path on the mountain slopes.

As well as the unmissable Haut-Koenigsbourg castle, steeped in over 900 years of history, there are many other castles to discover. Between the vineyard of Cleebourg and the Vosges du Nord Regional Park, and perched in natural recesses, the castles of Fleckenstein, Waldeck and Loewenstein mark the panoramic landscape with their impressive presence.

Not far from these semi-troglodytic fortresses the remains of Landsberg, Ortenbourg and Ramstein (among others!) are fascinating areas to explore amidst the vineyard paths and the Vosges mountains. Further south, the typically charming Alsatian town of Ribeauvillé contains half-timbered houses and three stunning castles which come alive each year for the famous Ménétriers festival.

Not far away, Hohlansbourg castle has an exceptional view of the wine region around Colmar. Some of the area’s fortifications have even developed a close relationship with the special wines produced in the shadow of their stone walls. Such is the case of Schlossberg and Wineck-Schlossberg castles, which have lent their names to the Grands Crus that they protect.

Close by, the Three Castles of Haut-Eguisheim watch over the wines of the Pfersigberg and Eichberg Grands Crus, while Hugstein castle overlooks the terraces of the Kitterlé de Guebwiller Grand Cru. Finally, towards the southern entrance to the Alsace Wine Route, Engelbourg keep keeps a watchful eye on the famous slopes of the Rangen de Thann Grand Cru, the last stop on the Castle Route.

Across mountains and valleys, come and take a deep breath of fresh air as you discover the historic heritage of the Alsace wine region. As you wander down the hiking paths let yourself be carried away...in every sense of the word!

Admire the Alsatian landscapes in the heart of the wine region

Hike along the Alsace Wine Route 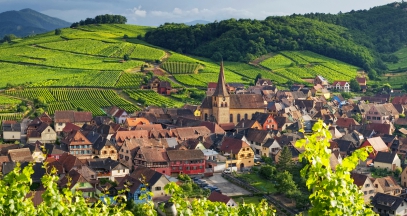 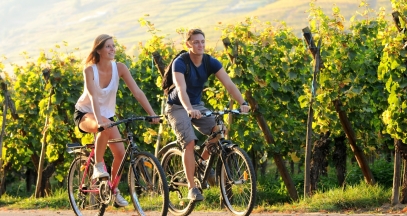 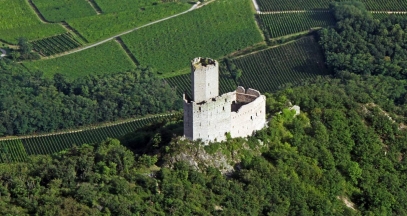 A Ramparts and Vineyards trail in the heart of a unique terroir!